The Yale Center for the Study of Representative Institutions is an interdisciplinary pilot program, established for the purpose of developing the study of the theory and practice of representative government in the Anglo-American tradition. It is hosted by the Whitney and Betty MacMillan Center for International and Area Studies at Yale. 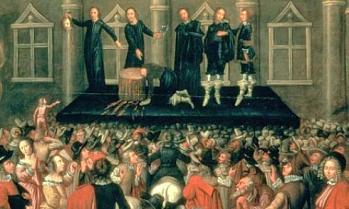 There is a long tradition of studies of this nature at Yale University. The Center for Parliamentary History (1966-2007) edited and published the proceedings of 17th-century English parliaments. The source materials collected at the Center remain available to scholars and students. Yale’s Libraries: the Sterling Memorial Library, the Beinecke Rare Book and Manuscript Library, the Lewis Walpole Library and the Law Library have very extensive holdings of direct relevance to the field.

The last generation has seen a significant decline in the teaching of constitutional history in American universities. In particular, courses focused on the development of the theory and practice of constitutional government between the Founding and the Civil War have lost the central place which they once had in the historical curriculum. At the same time, the study of the constitutional history of early modern Britain, which once provided an essential prologue to the foundation of the American Republic, has become a rarity. This shift in academic concern constitutes a significant cultural loss. Students increasingly lack the opportunity to study, at a high level, the deep roots of their own political culture, and indeed the most powerful intellectual and institutional influences on the development of representative and democratic government worldwide.

The aim of this program is to reassert the centrality of these issues in the teaching of history and politics. Undergraduates exhibit an eagerness to engage with these matters, but it is inadequately catered for in contemporary academic programs. The aim of this program is to feed that healthy interest by re-examining the intersection of ideas, institutions, and political practice in the emergence of modern constitutional democracy, and thereby to further a political education that is both broadly conceived, and at the same time rigorous and critical.