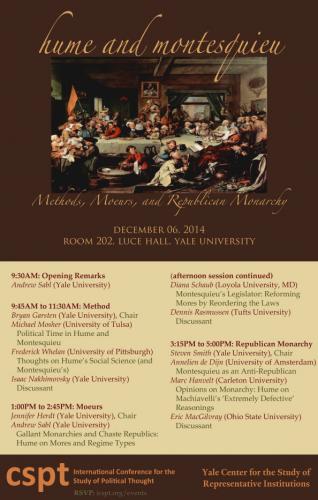 Co-sponsored with Conference for the Study of Political Thought (CSPT), t​his one-day ​conference brought together scholars of Hume and Montesquieu to discuss points of commonality and divergence across multiple dimensions: questions of method and intellectual approach; issues of marriage and sexual morality, in their relation to law and politics; and both thinkers’ distinctive, ambivalent approach to republican and monarchical traditions of thought, and to the particular question of English politics.
Schedule