Professor S. Deborah Kang discusses her book, “The INS on the Line: Making Immigration Law on the US-Mexico Border, 1917-1954” 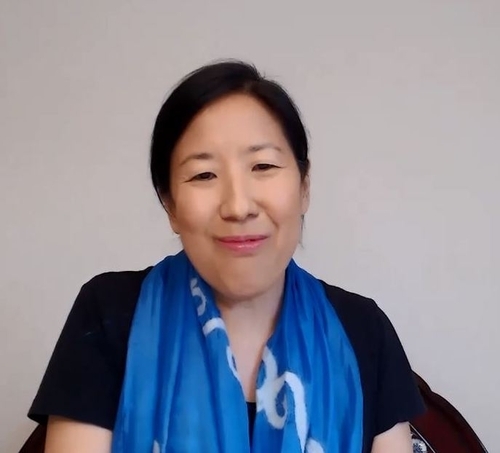 On October 23, the MacMillan Center convened a group of distinguished academics to discuss Professor S. Deborah Kang’s award-winning book The INS on the Line: Making Immigration Law on the US-Mexico Border, 1917-1954, published through Oxford University Press in 2017. Professor Kang is the Anne Stark and Chester Watson Associate Professor of History, University of Texas at Dallas. Her book received academic acclaim that recognized the work’s timeliness, clarity, empirical prowess, and broad accessibility. (View Video)

The event was an insightful discussion bringing together academics from different fields to engage with Kang’s book and scholarly contributions. In conversation with Kang were Cristina Rodríguez, Leighton Homer Surbeck Professor of Law at the Yale Law School; Anna O. Law, Associate Professor and Herb Kurz Chair in Constitutional Rights in Political Science at CUNY—Brooklyn College; and Brendan Shanahan, Postdoctoral Associate, YCRI & Lecturer in History, Yale University. Kang first presented her book and was then proceeded by remarks from all three commentators.

Kang started the conversation by sharing her experience researching and writing the book. A childhood interest in the internal workings of federal policy-making buildings fueled her scholarship, Kang stated. This interest in lawmaking led her to recognize that the US-Mexico border was also a site of lawmaking. Through her research, Kang found that lawmaking does not occur solely in the nation’s capital, because “immigration enforcers along the border were not only enforcing the laws, they were making them too.”

Professor Rodríguez started the panelists’ comments by offering three observations about Kang’s work and its relation to administrative law. Rodríguez first stated that the book helps readers see immigration enforcement agencies as bureaucracies. She further explained that Kang’s book dispels the myths that the INS was always a calculated force and that it was always a strong and highly aggressive agency. Rodríguez then explained that the book traces the historical relationship between local agents and bureaucracy to demonstrate that agency leaders are symbolic while border officials are the actual legal heads. This insight captures the “difficulty of centralizing” legal enforcement and policy making, Rodríguez argued.

Finally, Rodríguez stated that the work was a history of “administrative improvisation.” The book shows how actors and agents depart from federal laws to “invent mechanisms that make it possible for them to implement immigration laws.” Rodríguez concluded her remarks by praising the book for its capacity to help readers better understand contemporary legal institutions and the major role discretion plays in the development of American immigration law.

Next, Professor Anna Law started her comments by celebrating the book’s profound revelations about contemporary American immigration policies. Law explained that the book helps readers appreciate immigration as a multi-faceted political and legal phenomenon with a broad array of actors, motivations, and effects.

Law also said that the book illustrates immigration law as the “Bermuda Triangle” of the Constitution where fundamental conventions disappear and where “parts of the Constitution fail to apply.” Kang’s book, Law explained, demonstrates how immigration drives state building by tracing the development from the “small, sleepy agency” to a heavily funded genre of contemporary agencies. According to Law, this is a transformation from early iterations of the INS to the current status of immigration enforcement agencies which receive some of the highest rates of federal funding.

Law then noted that two concepts in political science, intercurrence and policy entrepreneurs, help theorize Kang’s historical account of immigration law. The agencies that enforce immigration laws are disjunctive and contradictory because the institution has been created and recreated from different historical moments without a “grand design.” Law argued that border officials are quintessential policy entrepreneurs because they shaped immigration policies by waiting for political developments that legitimized their proposed solutions: “These are textbook examples of political entrepreneurs.”

Shanahan then concluded the panelists’ comments with a discussion of Kang’s stellar empirical work and the book’s historiographic implications. Shanahan explained that Kang’s work with federal records, specifically Record Group 85, parses through a particularly unruly archive. The book presents these sources in an organized, descriptive Notes section that provides a “springboard for future scholarship,” said Shanahan.

“Kang distinguishes her work by demonstrating that the question of where must also be considered in the history of immigration policy,” Shanahan stated. He offered Kang’s analysis of literacy test waivers as an invention born on the border that was later nationally implemented in the World War II era. The creation of immigration laws occurs beyond Washington DC where law enforcement meets law making, where “the local [is] made national,” said Shanahan.

Finally, Shanahan highlighted Kang’s treatment of the border as an occupied and life-sustaining region. Kang’s book contributes to borderland studies by writing about the understudied aspects of life on the border and the effects that has on immigration policy. Kang historicizes different forms of migration and complicated migrant-agent relationships to present a robust picture of “borderlands societies,” said Shanahan. Kang’s work reminds its readers that the border is an occupied area where people live their lives. Shanahan also explained that this intimate interaction between people’s lives and the early iterations of the INS created the modern immigration regime in the United States today.

Kang thanked the commentators for their contributions and addressed particular questions about her research process, the book’s interdisciplinary approach, and need to move beyond Washington D.C. to uncover the history of lawmaking. To address how the book helps readers understand the present moment, Kang offered the deployment of CBP and ICE agents in Portland, Oregon in the summer and fall of 2020. That mobilization was a logical extension of the agencies’ violence on the border, Kang argued. Immigration agents are concurrently enforcing and making the law, a process that “recharacterizes what is seen as unconstitutional.”

The discussion with Professor S. Deborah Kang and her book, The INS on the Line, is part of a longer series of events organized by the Yale MacMillan Center to discuss new academic interventions. For information on this conversation with Professor Kang and for information about future events in the MacMillan Center please visit https://macmillan.yale.edu/.