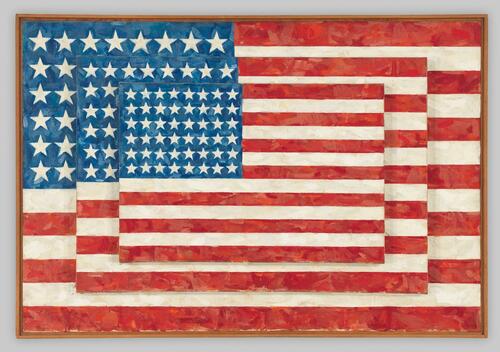 The Center for the Study of Representative Institutions has a dynamic selection of programming available for the Fall of 2020. Due to the COVID-19 outbreak, all events will be held online. Please contact ycri@yale.edu in order to RSVP for any of the following events.

Professor Kang will introduce her book and discuss its development and scholarly interventions with three commentators. These scholars will, in turn, briefly analyze the significance of her work within the context of their own respective fields.
Professor Cristina Rodríguez (Leighton Homer Surbeck Professor of Law, Yale Law School) will provide feedback on how Professor Kang’s work transforms our understanding of American immigration law.
Professor Anna Law (Associate Professor and Herb Kurz Chair in Constitutional Rights in Political Science, CUNY-Brooklyn College) will discuss how The INS on the Line has reshaped our understanding of the political development of immigration powers within the federal government.
Finally, Brendan Shanahan (YCRI Postdoctoral Associate, History Lecturer, Yale University) will comment on how Professor Kang’s work forces U.S. immigration historians to rethink the scope and methods of their field. Following a discussion among the panelists, we will open to a wide-ranging Q&A. We encourage attendees to read the pre-circulated excerpt from Professor Kang’s book, but attendance and discussion will not be limited to those who are able to do so.
Confirmed Participants:
S. Deborah Kang (Anne Stark and Chester Watson Associate Professor of History, University of Texas at Dallas)
Cristina Rodríguez (Leighton Homer Surbeck Professor of Law at the Yale Law School)
Anna O. Law (Associate Professor and Herb Kurz Chair in Constitutional Rights in Political Science at CUNY – Brooklyn College)
Brendan Shanahan (Postdoctoral Associate, YCRI; Lecturer in History, Yale University)
Never Trump: The Revolt of the Conservative Elites
Thursday, October 29, 2020 - 4:00pm to 5:30pm
As it became increasingly apparent that Donald Trump might actually become the Republican party’s 2016 presidential nominee, alarmed conservatives coalesced behind a simple, uncompromising slogan: Never Trump. Although the movement initially included a large number of Republican office-holders, its white-hot core was always comprised of the policy experts, public intellectuals, and campaign professionals who play a critical role in the modern political party system. They saw in Trump a repudiation of longstanding conservative doctrine and, in his unprincipled appeals to voters, the kind of demagogue the founders famously warned about. Never Trumpers took their shot at denying Trump the presidency-everything from flailing attempts to coalesce around other Republican candidates and collective letters of opposition, to a desperate third party challenge and even supporting their longtime nemesis Hillary Clinton. But in their attempt to kill the king, they missed. Now on the margins of a party that has enthusiastically united around the president, Never Trumpers have been reduced to the status of a remnant, shut out from government and hoping for a day when their party awakens from its Trumpist spell.

Based on extensive interviews with conservative opponents of the president, Robert P. Saldin and Steven M. Teles reveal why such a wide range of committed partisans chose to break with their longtime comrades in arms. Never Trump provides a window into the motivations of these conservative professionals and a guide to the long-term consequences that their unprecedented revolt holds for the Republican and Democratic parties, conservatism, and American democracy.

Robert P. Saldin is Professor of Political Science and a Mansfield Center Fellow at the University of Montana. He is the author of When Bad Policy Makes Good Politics (Oxford, 2017) and War, the American State, and Politics since 1898 (2011). He is also a frequent contributor to the popular press, having written for, among others, The Washington Post, National Affairs, The American Interest, and The Washington Monthly.

Steven Teles is Professor of Political Science at the Johns Hopkins University, and Senior Fellow at the Niskanen Center. He is the author of The Captured Economy: How The Powerful Enrich Themselves, Slow Down Growth and Increase Inequality (With Brink Lindsey, Oxford 2017); Prison Break: Why Conservatives Turned Against Mass Incarceration (With David Dagan, Oxford 2016), The Rise of the Conservative Legal Movement: The Battle for Control of the Law (Princeton, 2008) and Whose Welfare: AFDC and Elite Politics (Kansas, 1996). He has also written widely in a number of general interest publications, from The Nation, Democracy, The Washington Monthly, and The American Prospect, to The Public Interest, National Review and National Affairs.

Ideas of Power: The Politics of American Party Ideology Development
Thursday, November 12, 2020 - 4:00pm to 5:30pm
This groundbreaking book challenges the dominant view of ideology held by both political scientists and political commentators. Rather than viewing ideological constructs like liberalism and conservatism as static concepts with fixed and enduring content, Professor Verlan Lewis explains how the very meanings of liberalism and conservatism frequently change along with the ideologies of the two major parties in American politics. Testing a new theory to help explain why party ideologies evolve the way that they do, this book traces the history of American political parties from the Hamiltonian Federalists and Jeffersonian Republicans of the 1790s to the liberal Democrats and conservative Republicans of today. Ideas of Power shows us how changing party control of government institutions, such as Congress, the presidency, and the Supreme Court, influences how party ideologies develop.
Verlan Lewis is Assistant Professor of Political Science at the University of Colorado, Colorado Springs. His research focuses on how political institutions and ideas interact over time, and his work has appeared in a variety of publications, including Party Politics, Studies in American Political Development, Presidential Studies Quarterly, The Forum, and The Washington Post. Previously, he was a postdoctoral scholar in the Department of Political Science at Stanford University, and he received his PhD at the University of Virginia.
October 16, 2020